Halloween is more of a holiday for the kids.  If I came to someone's door asking for candy, they're gonna say, "Aren't you a bit old for Trick-or-Treating?"  Then, I proceed to crush their skulls in with a sledgehammer.  But don't worry, because there's plenty of fun for you adults.  Yes, you and your douchebag friends can be the life of your Halloween party dressed up as ginormous sluts who'll fuck anyone for drugs or your favorite dick jokes.

If I sound a bit cynical, it's because shitty costumes are the one thing I hate the most about Halloween (You may ask, "Then why this is at #2 on the list?"  I have my reasons.).  There is nothing that kills Halloween faster than some asshole dressing up in these offensive, tasteless, piece of shit costumes.  Not only do they say, "I'm a huge dick," it also tells others this party's about to end badly.

The biggest culprit of these fashion fuck-ups are the sexual innuendo joke costumes.  First are the ones that always bring attention to the guy's freakishly tiny penis, usually by having something stick out of his groin.  Personally, the person wearing one of these might as well just whip their dick out.  It gets the message across better and the host of the party can kick their ass much sooner. Sorry, bromeister.  You look too much like Dennis Leary
for girls to have any interest in "blowing" you.
Then, there are the ones that have some nasty ass name to them.  They can range from subtly uncomfortable to embarrassingly apparent.  "Good evening, Dr. Feltersnatch.  So glad you could make it.  Your two brothers are already here.  I didn't realize you were all doctors."  The one I hate the most is called "Anita Waxin."  Basically, it's... you know, you just have to see it. 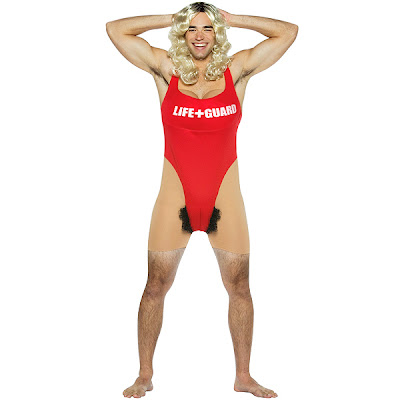 More like "Anita Severe Beating," after wearing this dickhead costume.
Then, there's those costumes that poke fun at the racial stereotypes of American minorities.  I swear, nothing says, "I'd rather be at a Klan meeting," than dressing up as an Indian (complete with broken English), a greasy, Italian paisano, or some blinging pimp daddy. 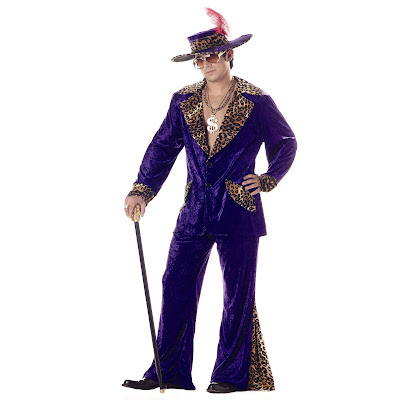 In the wrong neighborhood, this costume will get you stabbed, whitey.
Let's not forget the female costumes, especially the sexy ones.  Those costumes take every opportunity for the woman to show off plenty of tits and ass, making sure that every guy at the party she goes to will not be getting sex from their girlfriend tonight. 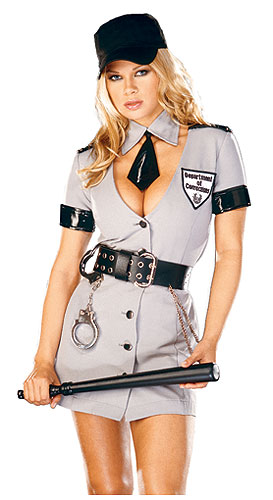 The problem with these sexy costumes is that... well, um... they're... you see, it's... Damn, there's nothing wrong with that costume.
The real problem is not the costume, but the girls who wear them.  There are two kinds of girls who would put this on: those you can't have and those you don't want.  The ones you can't have are beautiful, intelligent, interesting, sexual goddesses who are way out of your league.  These women are so rare, they're almost nonexistent.  If you do see one, they probably already have a boyfriend who has enough money to hire people to beat the shit out of you.
On the other hand, the ones you don't want are shallow, bitchy, and mentally bankrupt.  These cuntbags wear sexy clothes to taunt you with their bodies.  They want you to find them fuckable just so they can tell you to eat shit and die.  There's also those women who wear these to advertise their promiscuity, which is compensating for them being beaten sensless with an ugly stick.  They're not picky - they'll fuck anything with a penis, alive or dead.  Hell, they'll fuck the guy with his dick hanging out.  Avoid both of these girls at all costs.  Any escapades with these beasts starts with lots of alcohol and ends with years of regret.
As for the ones you can't have, just admire them from afar, but not so much that her boyfriend starts sending death threats.  If you do find one that is, by the grace of the gods, single, you will offer her to me in tribute to my awesomeness.

By Crom, I would not kick her out of my tent.
One final complaint: not every costume is some offensive, low-brow garbage or leftovers from last year's blockbuster movies.  Some costumes look kinda cool.  The problem is the shoddy craftsmanship.  I know these costumes were made in some sweatshop in China, so I don't expect expert seamwork, but paying an assload of money for something made from some two-bit fabric is bullshit.  I don't think I could even wipe my ass with a costume without it ripping. 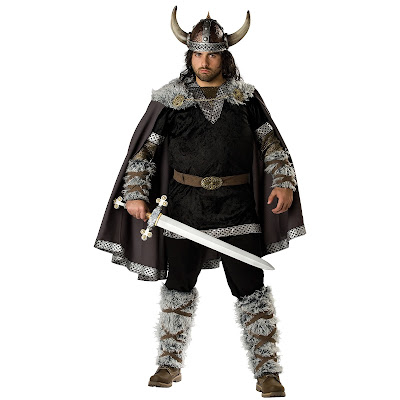 While this may look okay, it'll be torn up in a week.
The only way to go, if you want a really fucking awesome costume, is have it custom made.  Find someone whose really good at sewing and making clothes and have them make you something.  Sure, they'll hate you for a couple of months for making them do something complicated, but you'll have an awesome costume that you can use for many years, maybe even wear it on other occasions.
Tomorrow is the finale.  One thing that has plagued Halloween for centuries.  No one - not you, your friends, your family - can escape it.  It is as pervasive and inevitable as the shadows that stir in the night.  Be afraid - be very afraid.
Posted by Kaiser Crowbar at 3:21 PM

Email ThisBlogThis!Share to TwitterShare to FacebookShare to Pinterest
Labels: Sucktoberfest

Why does he kick so much ass?

Kaiser Crowbar
Forged from the Orichalcum of the gods, in the fires of a thousand suns, I arise. Imparted with the wisdom of ancient races across space and time, imbued with the strength and fury of the Cosmic Patriarchs, I bring salvation to the masses. Angels of steel rain down a chorus of heavy metal. Their music is the hymn, and my lyric is the Word. Rise, sons and daughters of the forsaken. The Kaiser has come.

I am on the Book of Face

Promote Your Page Too

Music of the Gods

Search the Ablogcalypse For the Charred Remains Of...

You can find Kaiser Crowbar listed at